For those who love sugar: New WHO guideline clamps down on intake of free sugars. 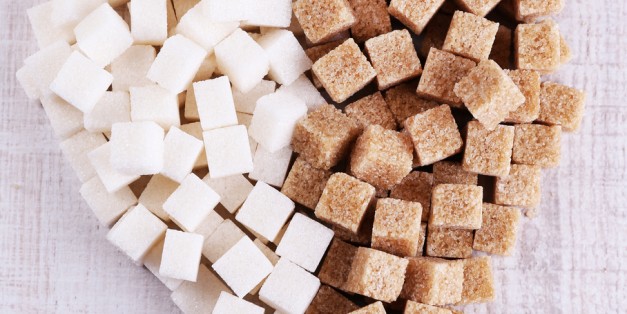 Glucose, fructose, sucrose and table sugar are all examples of free sugars. These sugars are found naturally in honey, syrups and fruit juices, but can also be added to food and drink by manufacturers.
The World Health Organization (WHO) explains that much of the sugar consumed these days is concealed within processed foods that are not necessarily perceived as “sweets.” WHO provide the example of 1 tablespoon of ketchup containing around 4 g of free sugars, while a can of soda contains up to 40 g of free sugars.

“We have solid evidence that keeping intake of free sugars to less than 10% of total energy intake reduces the risk of overweight, obesity and tooth decay,” says Dr. Francesco Branca, director of WHO’s Department of Nutrition for Health and Development.

“Making policy changes to support this will be key if countries are to live up to their commitments to reduce the burden of noncommunicable diseases,” Dr. Branca adds.

However, the new guideline does not refer to the sugars found in fresh fruits, vegetables and milk, as there is no reported evidence finding an association between adverse effects and consumption of these sugars.

The new WHO guideline is “based on analysis of the latest scientific evidence,” according to the organization.

This evidence – rated by the organization as “strong,” and therefore appropriate for adopting as policy – shows that adults who consume lower amounts of free sugars have lower body weight and that increasing the amount of sugars in the diet is linked to weight increase.

In addition, children with the highest intakes of sugary drinks are more at risk of obesity than children with low intake of these drinks. When more than 10% of total energy intake is derived from free sugars, there is also an associated higher risk of tooth decay.
Suggested further reduction to 5% of energy intake is a ‘conditional recommendation’

However, there have been few studies on the subject undertaken among populations with low intakes of sugar. There have been only three of these studies on a national population-wide basis that compared the consequences of a total energy intake comprised of 5% free sugars with a 10% intake.

Sugar is a pressing issue in health care right now. In February, The BMJ published the results of an investigation that claimed to expose “extensive links” between the sugar industry and public health scientists.